Stimulus plan must include bike lanes and sidewalks

With President-elect Barack Obama about to take the oath of office, there is a lot of anticipation in the transportation community about his economic stimulus package. 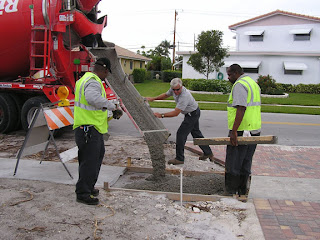 Mr. Obama has clearly indicated that transportation infrastructure will be a critical component of any stimulus plan. Local governments have been sharpening their pencils and putting together their wish lists for quick, easily implemented, "shovel ready" projects. Although roads and bridges are traditionally first on the list, there has been a new emphasis on transit. I strongly suggest taking it even further to consider bike lanes and sidewalks as well. U.S. Congressman Earl Blumenauer of Oregon is pushing for them, as reported in the New York Times.
For a few million dollars, the entire city of Atlanta could build a comprehensive bike and sidewalk network. If it is left to traditional funding sources, it might never happen.
Think about it, if local leaders include bikes and pedestrians in their request, Atlanta could have a world class biking and pedestrian infrastructure in just a couple years.
If you want to learn more about local efforts to push for sidewalks, contact PEDS.