The electric car is coming! 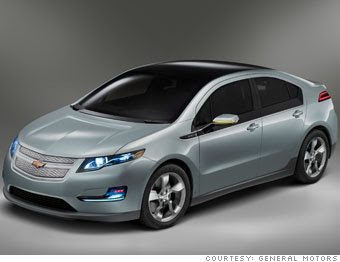 Every time you bring up the issue of electric cars, someone is bound to point out that plug-in electric cars are not the environmental solution that everyone thinks they are. This is true. For example, what do we do with dead batteries, and what about the power that will be needed when 50,000 of these are rolling on the streets? (see Plug-In Hybrids Could Require 160 New Power Plants By 2030 (Or None At All and Plug-In Hybrids Use Over 17 Times More Water Than Regular Cars, Researchers Say). Since such a large portion of US power generation comes from coal, the increasing use of plug-in hybrid and electric cars will require serious consideration of other energy sources (for an example, see How Solar Panels Could Power 90% of US Transportation).

My recommendation: Get yourself a plug-in hybrid as soon as they become available, and then put solar panels on your roof.