When the Rules Apply to Everyone, it Creates A Culture Where People Want to Stay On Your Team. 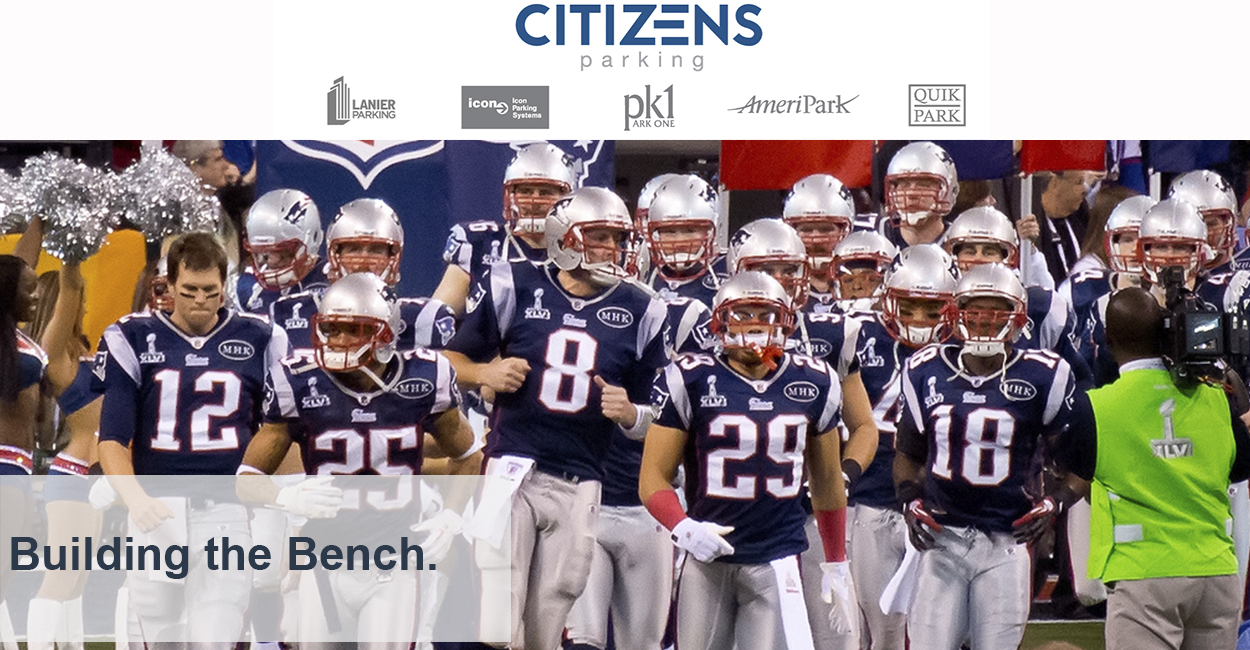 Coach Bill Belichick of the New England Patriots has a rigorous selection process for the Patriots. He often passes on what is considered a star player in favor of what fits with the Patriots' culture. His approach to hiring revolves around maintaining a strong "team first" culture. The philosophy is that, "fit before talent" of every position.

This process screens out misfits, and Belichick finds like-minded players who share core values and work well together as a team. He always passes on athletes who grandstand and don't put the team first. He values team chemistry over individual talent, and holds accountability as a top priority.

Bench-building is also about evaluating your organizational risk and being proactive in finding "backfills" for those who are likely to leave you. It's about not relying on superstars to rise to the occasion every time the organization faces adversity. This approach will eventually result in failure. The best people will burn out, feel taken advantage of, or, worse, think they are irreplaceable.

Those who think they are irreplaceable often feel that the rules don't apply to them. This always spells trouble for team morale. Resilient organizations create a culture of accountability. That means having high expectations for all of your players, including the superstars.

In 2015, when Super Bowl hero Malcolm Butler missed practice because his flight was delayed, Belichick benched him for three weeks. In 2014, Jonas Gray, following a 201-yard, four-touchdown performance that earned him a Sport IllustratedÂ cover, found out the hard way that Belichick's late rule applied to everyone. Gray missed practice because he had overslept, blaming it on a dead cellphone battery. He was benched for the game for being late to practice.

When the rules apply to everyone, it creates a culture where people want to stay on your team. Where everyone pulls their weight because no one is allowed to get away with not following the rules. It's up to each of us to build a company culture that can sustain challenges and flourish into the future. We are only as good as our weakest player. We must have a flexible approach to bench-building.

Ask yourself - who are your star players? What would happen if they left you tomorrow? Would your company go into a tailspin? Do you have a backup? What about a backup to your backup?

Having a deep and sustainable bench is one of the reasons that the Patriots have headed to the Super Bowl an unprecedented seven times in 15 years, and it will also determine your company's viability in this culture of rapidly accelerating change and fierce competition.

Tracy Kalteux was promoted to Senior Vice President of HR for Citizens Parking overseeing the HR Departments at Lanier Parking, AmeriPark, Park One, including Icon and Quik Park in December 2017. Tracy also serves on the board of directors for Women in Parking.